Genetically Modified Food Should be Labeled!

Today I want to share a few more thoughts related to my Monday post Why You Should be Concerned About Roundup.  The message I wanted to get through on Monday was that a) glyphosate, the active ingredient in Roundup, has been linked to birth defects and various cancers and b) Roundup is likely finding its way into our food supply via genetically modified crops.  Today I want to talk just a little bit more about this idea of genetically modified crops finding their way into what we eat. 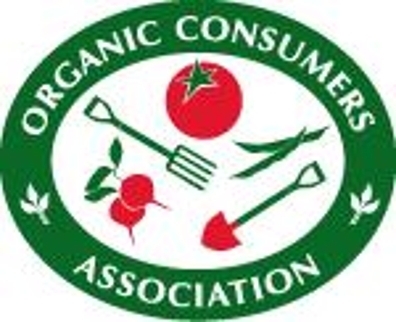 First I would like to direct your attention to an organization called the Organic Consumers Association, which

…deals with crucial issues of food safety, industrial agriculture, genetic engineering, children’s health, corporate accountability, Fair Trade, environmental sustainability and other key topics. We are the only organization in the US focused exclusively on promoting the views and interests of the nation’s estimated 50 million organic and socially responsible consumers.

Another video clip you might learn something from is “How to Identify GMOs Sold in Whole Foods Market”, below.  Now you could easily do this in any supermarket, and by including this video I am not coming down on Whole Foods.  The truth is that because there is no genetic labeling requirement in the US, looking for GMOs would probably be even easier at other, more “traditional” supermarkets.  I think the point of doing this at Whole Foods is to show that even when you are shopping in a store that does a lot more to provide healthy, organic choices, GMOs are still lurking.

“consumer concerns about the usage of biotech ingredients in food production are low.”

Of note is that all Kellogg’s products sold in Europe do not contain GMOs.

I am going to leave you with a final, chilling quote from Phil Angell, Monsanto’s director of corporate communications:

Monsanto should not have to vouchsafe the safety of biotech food.  Our interest is in selling as much of it as possible.  Assuring its safety is the FDA’s job.

Maybe you can take comfort in the fact that the FDA Deputy Commissioner for Foods, Michael Taylor, is a former Monsanto executive.

I promise to come back Friday with something a bit lighter!

I have lived in Sherborn, Dover and most recently North Walpole, for a total of 15 years (and counting). Having recently been through the process of selling a home and buying (and renovating) a new one, I understand the conflicting emotions of excitement and anxiety inherent in the process, whether you are a seller or buyer, whether this is your first home purchase or your tenth. I have a BA from the University of Michigan and an MBA from Indiana University. My early career found me working as a CPA, and later as the controller of Crate & Barrel. More recently I spent seven years running my own personal training business. I understand the hard work and dedication necessary to build a business and a reputation...most of my personal training clients came to me by referral and my first client was still with me when I decided to leave personal training. This speaks to the level of effort I put forth for my clients, week after week. On a more personal note, I raced triathlon for seven years and more recently completed my first half marathon. In my free time I enjoy cooking, reading, Maine, hiking and, in the fall, following college football...my teams are the University of Michigan (Go Blue!) and Texas Christian University (Go Frogs!).
View all posts by Lisa Van Dore →
This entry was posted in Nutrition and tagged genetically modified, GMO, Millions Against Monsanto, Monsanto, Organic Consumer Association. Bookmark the permalink.